“Every new project is exciting, I always relish the challenge of breathing life into a new character.” – Bobby Robertson

Such a sensational moment, I have managed to meet the splendid Bobby Robertson aka Scotland’s motivating actor.

Having met Bobby a while back this charismatic and astonishing actor has had an exceptional roller-coaster of a time in the limelight of acting, from exhilarating movies being a solider, working with top producers and actors internationally, to presenting scenes with top directors and stimulating moments which you just HAVE to see!

Meeting with Bobby was a great chance to really chat and get to know him and the juice of the industry and the road to stardom he is on. Raised from a working class family and breaking the mould by making a career as a professional actor.

Having made his recognition and never letting anyone get in the way, this creative thespian tells us about the breath-taking road he is on and the hurdles and experiences he has witnessed. Watch out Hollywood, you have a new Johnny Depp! (Scottish version!)

From news, gossip and future projects, even a wee look into the past with old memories and projects can be found here! 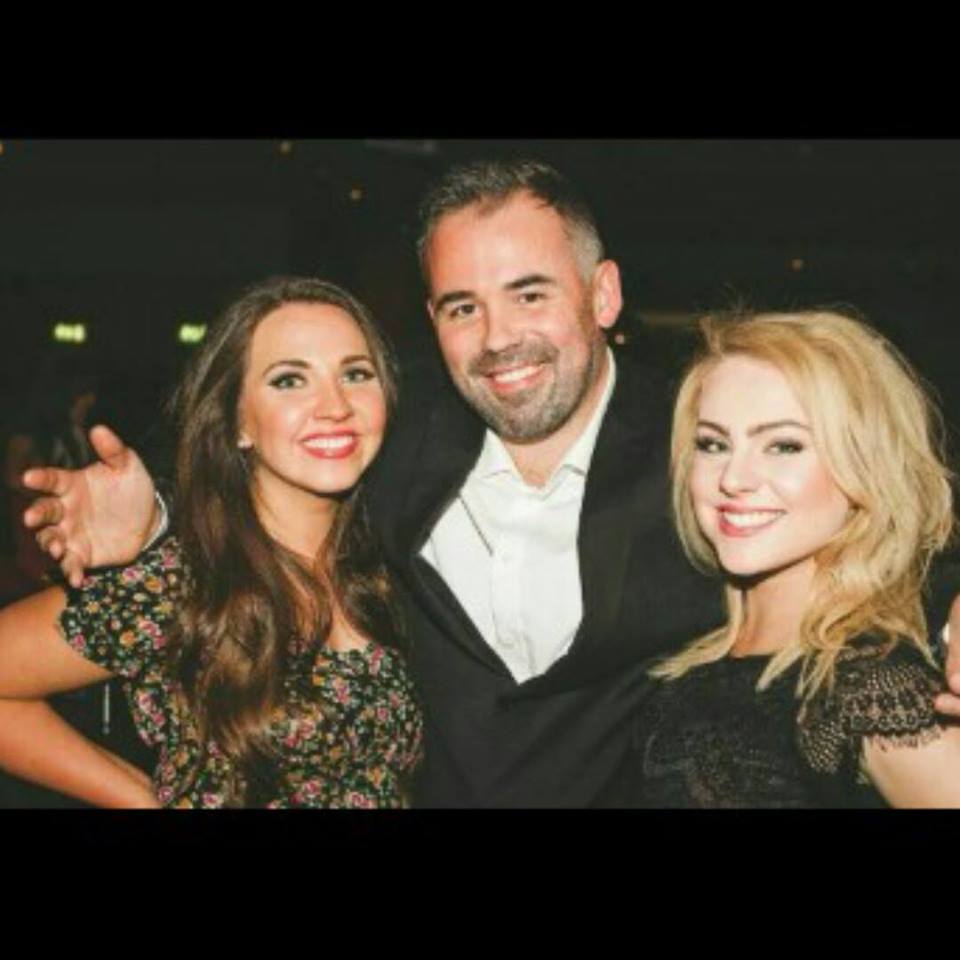 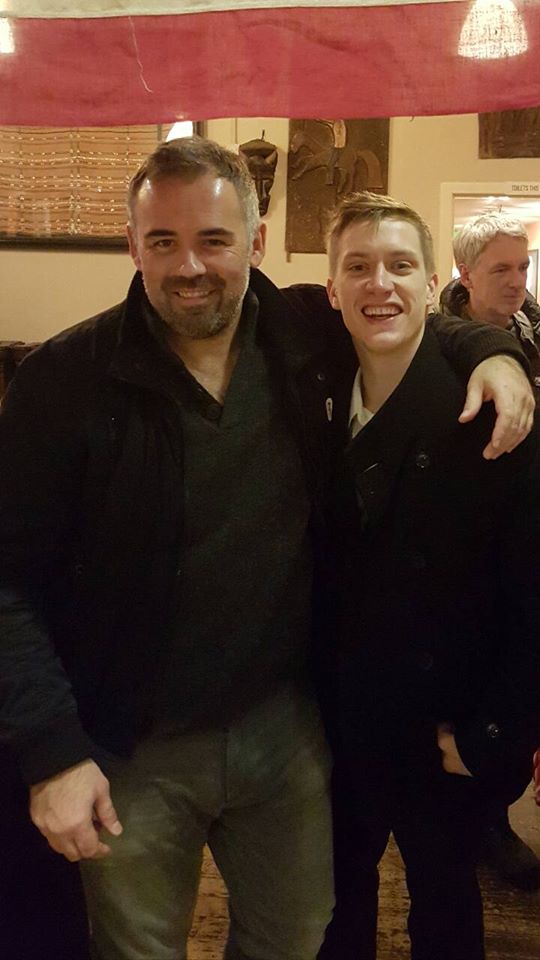 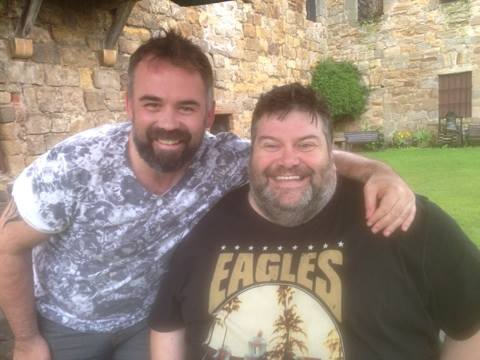 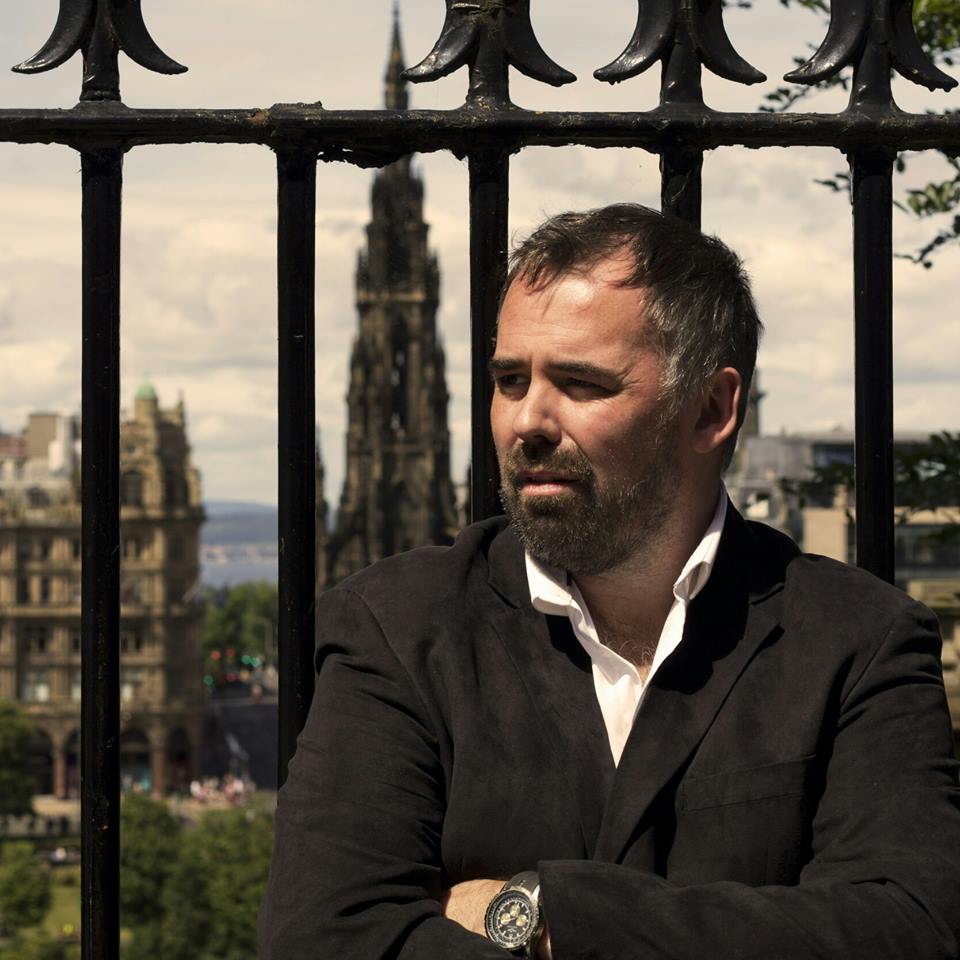 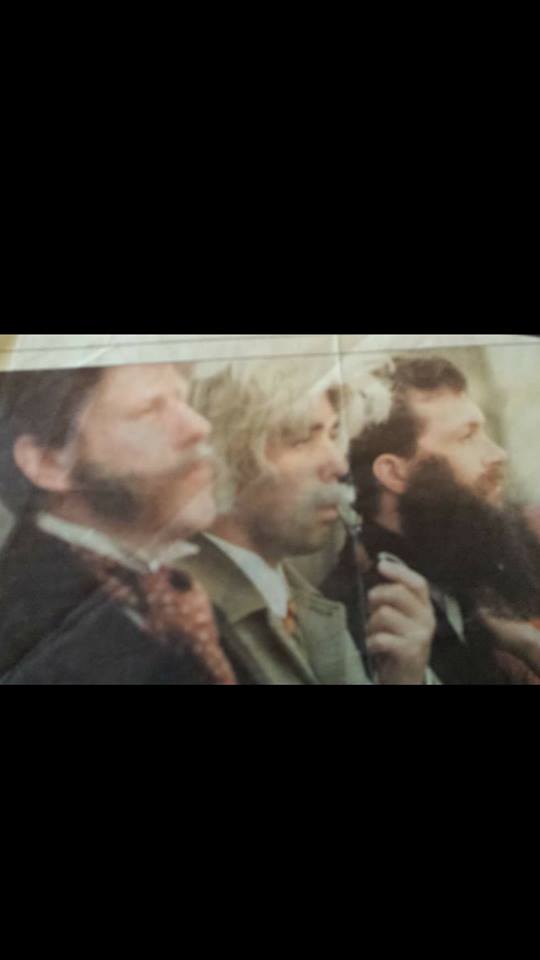 “Base your life on a philosophy to work hard and merit the rewards.” – Bobby Robertson

Hi Bobby, thanks very much for taking the time to sit down and talk about your acting and inspiring career! Let's start off with a few fun questions What is your best joke?! ·

Haha! That’s a good one! I will be using that! How would your friends and family describe you?

I can very much see that! If you could have dinner with anyone who would it be? (Dead or alive, famous or not?)

“Dinner with my hero Freddie Mercury!”

What about favourite fruit?

Good shout! How did you start off acting and was it something you always wanted to do?

“Yes, it's going to be really manic over the next few months especially. I am going to be working with my friend Alia E. Torrie who was nominated for a BAFTA in the short film 'When The Tide Comes In', which got great reviews. Alia will be directing 'Shutter' which is a short film too but also has me working with talented actress Jasmin Egner with who did a voiceover for one of my commercials I did years ago. So funny.”

You have so much going on, it must be fun having different days, new projects, you have been in the acting light for many years now. Did you know you always wanted this career goal?

“At school there used to be an event they had every Friday called The Friday Club which had you playing football in the big gym, playing pool, watching videos and EVEN had archery in the corridors which was quite dangerous. But what some people didn’t go to was the wee drama class, which was on in one of the rooms, which had readings that I enjoyed. Dr Bells Drama School in Leith gave me the acting bug I reckon. I went there at Primary school and loved it. Anna Tinline of the Edinburgh Acting School helped to in my later years. Brilliant teacher and lovely woman.”

Did you ever attend any acting schools or courses?

“As a teenager I got into drama school even though I lied about my age and was there a few months before having to give it up because of my letters of truancy from school. Coming from a working class background never made anything easier either. My parents tried to discourage me from going in that direction.”

It’s a hard industry, getting into acting schools are ridiculously difficult! What has been the most exciting role you have ever had to play?

“The most exciting role? I enjoyed playing Sgt Beasely in a short action film 'REPEAT' which I enjoyed immensely. In theatre I loved playing Burke from Burke and Hare and loved doing that too. I reckon if you ask me again in a Years time I might give you different answers.”

Tell us a little more of your last project?

“The last couple of projects I actually did were small parts but quite pivotal. I played the part of Dr Edwin Romero in Prescription R which was directed by Andrew Dobbie and will be working with Andrew again on a major project I am working on. The other is online comedy M.U.F.F where I played Daniel Sloss' teacher in the first episode.”

That’s amazing! You must meet loads of interesting people and great connections! What about the most embarrassing thing you have encountered in the industry?

“Most embarrassing moment I had was going on stage in a pair of y-fronts. I get hit from the character, fell on the chair and one of my bits were hanging out. Nuff said lol.”

Ohhhh that’s so awkward but its all about improvise! If you could work with any actor who would it be and why?

“I love De Niro , Pacino etc but I would love to work with Nicolas Cage. I know he has his critics and he is like marmite with people but I like him.”

Ah that’s exciting a good choice! What about director?

Such an interview question, where would you like to be with your acting career in 3 years time?

“In 3 years time I hope to be established in my own country first. Hope to make more films and TV stuff. Every year seems to get better for me up to now so hopefully things will be phenomenal then.”

Well you have most certainly been accomplishing that Scotland is glad to have you showing acting talent! Do you still get nervous on set? Or does it just come naturally?

“I do get nervous but it’s good being nervous to a point. Theatre is terrifying whether you have a big or small audience.”

What would be your favourite movie you could watch over and over again?

“I have lots of favourite movies but I LOVE the Star Wars films and I can watch The Empire Strikes Back over and over again.”

What about if you could have 3 actors talents who’s would you take?

Now that is talent in a cup! How many overall films have you done?

“If you include short and feature. Around 10. Ask again in a years time hahaha.”

Would you like to tell us what is next up for you so we can keep our eyes peeled?

“Like I said the coming months will be busy, I'll be doing Shutter, I’ll be in zombie film Facility Of The Living Dead, also working with my friend Scott Watson on Flight 13 which will be exciting. Also doing a couple of Feature films but can't say anything about them just now. I have a good agent as well and I am sure she will get some more good jobs for me!”

“Also working on a feature film with comedienne Ria Lina and hope to be scripting it soon. A very exciting project.”

Our readers will LOVE that! What would be your best and known acting line? You are Scottish so we can only imagine some hearty good moments! “aye!”?

“When I was in REPEAT I keep getting reminded of saying 'Rooster' quite a few times.”

Last but not least what advice would you give to other inspiring actors who want to get into the industry?!

“My advice would be keep working hard at your art. When all seems lost and you are in a rut or a crap job, keep dreaming and keep working away at it. Make the most of your time in life.” 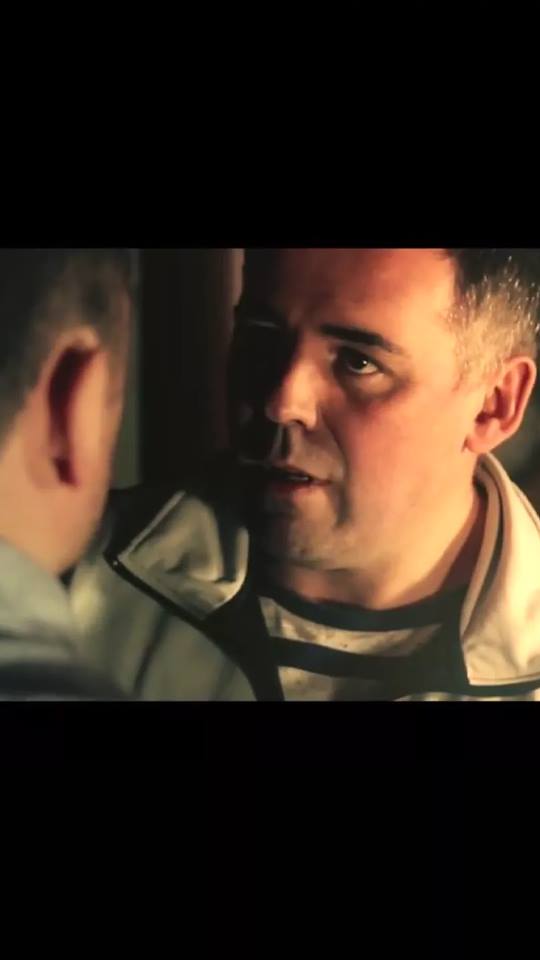 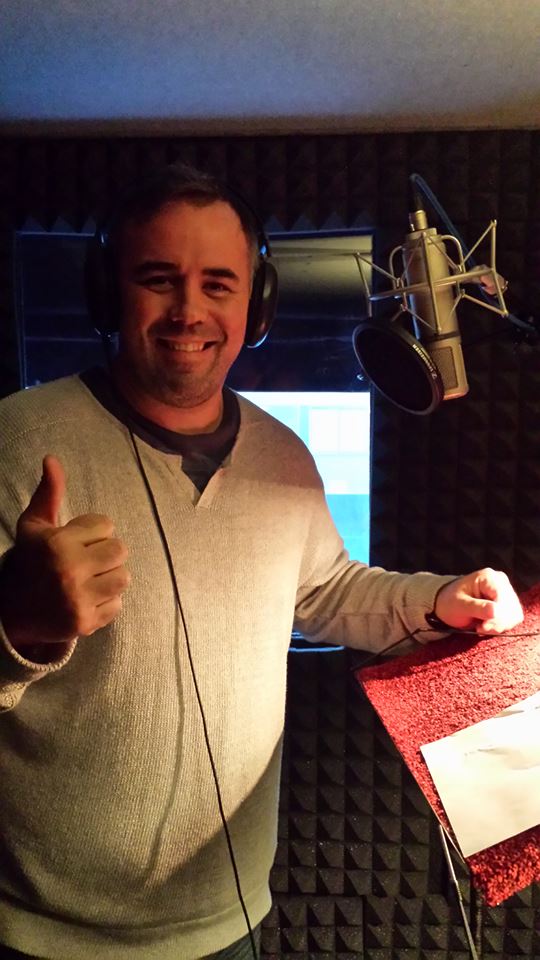 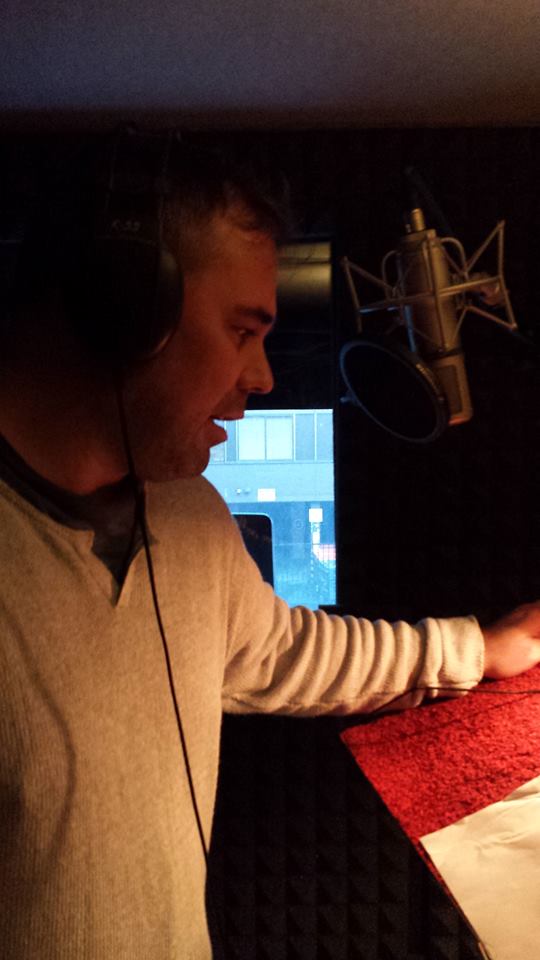 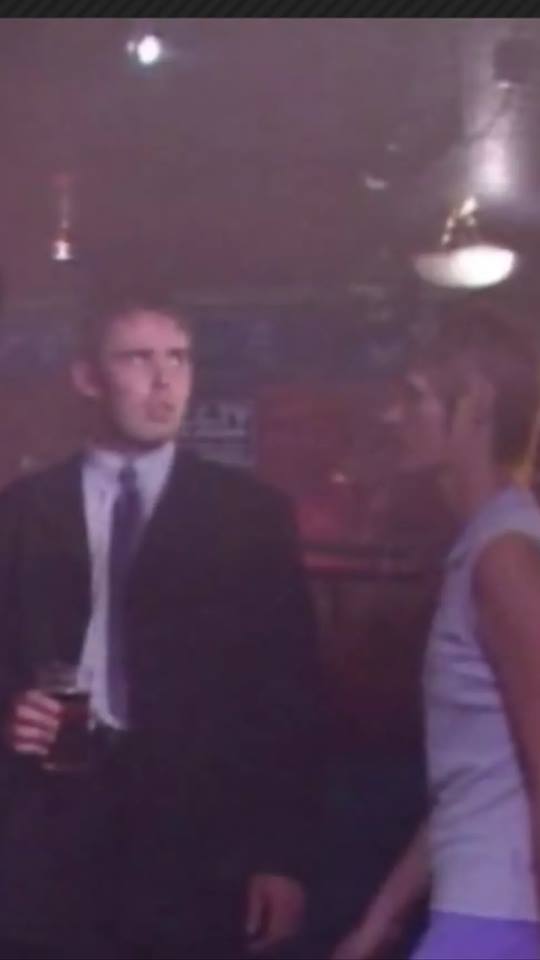 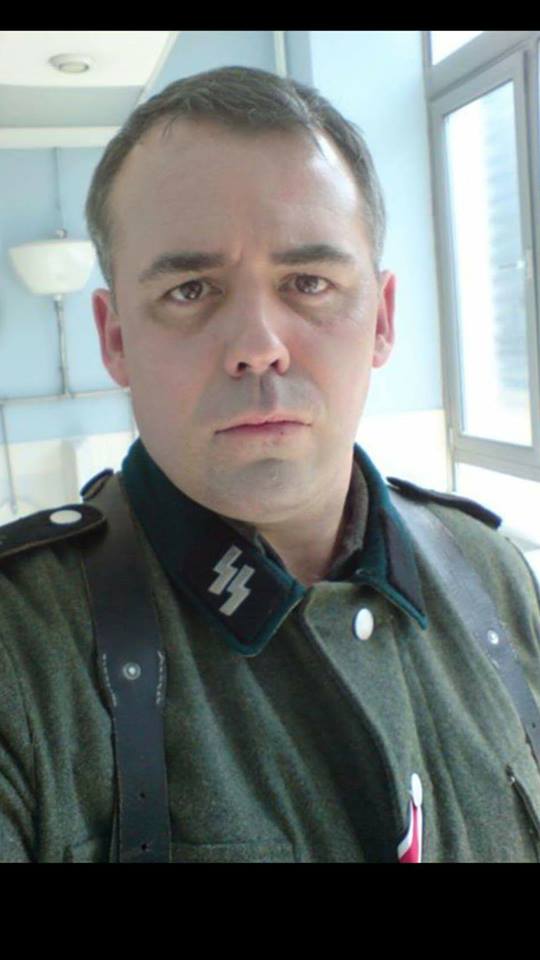 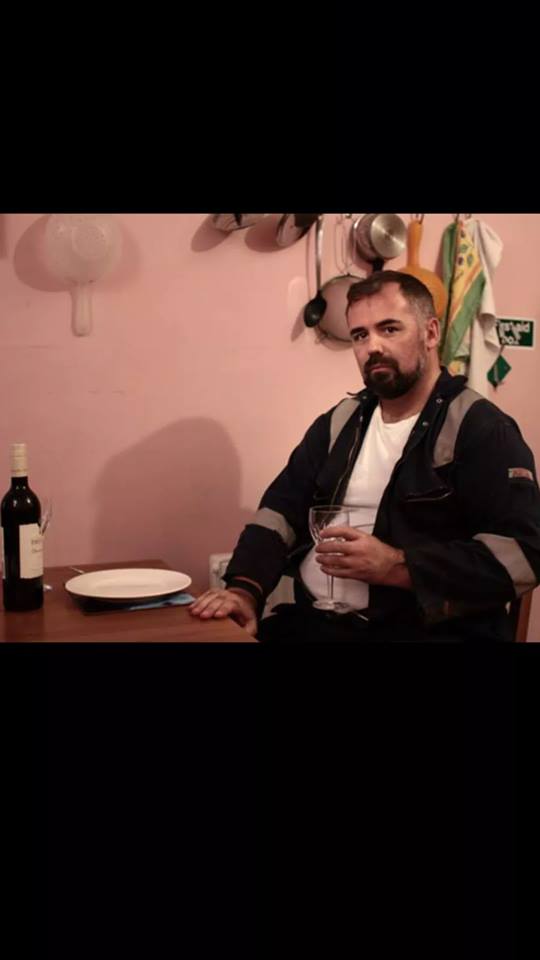 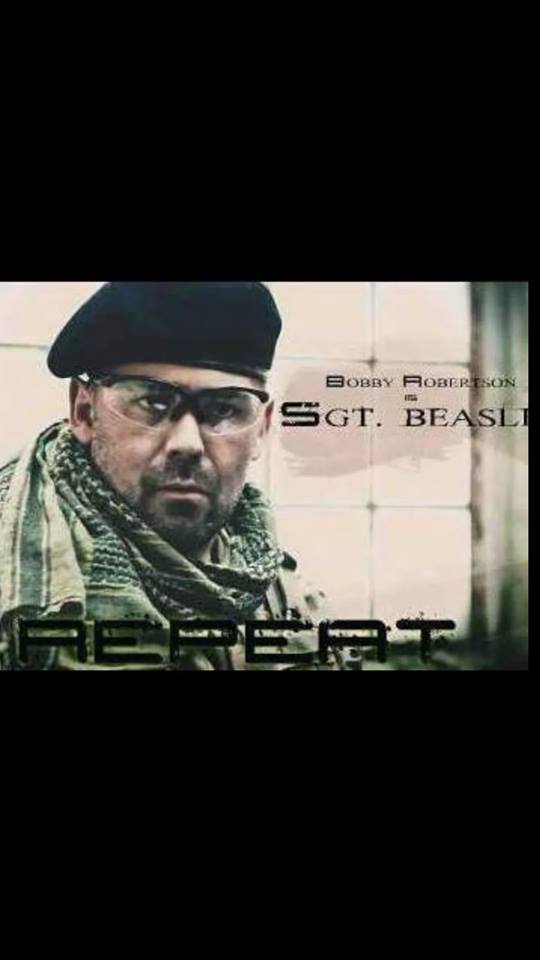 There you have it from Bobby himself! Creating and making his dream come to life, its not only about connections it's about passion! Exhilarating things ahead and the person to talk to!

His knowledge, positivity and voyage is so stimulating and encouraging! Cannot wait to see what’s up next! Check out his stuff here #excited.com!

What is the latest Netflix show by Jack Whitehall Traveling with My Father?